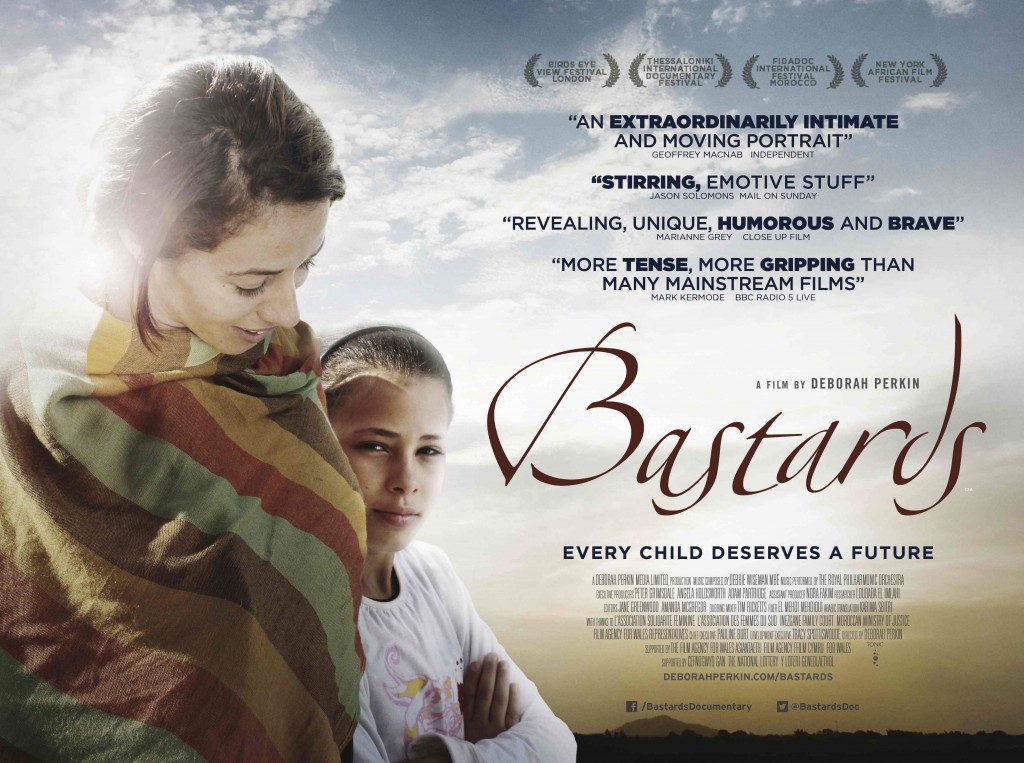 An illiterate young woman takes on tradition, her own family, and the Moroccan justice system, for the sake of her illegitimate child – a gripping, moving and uplifting documentary from the cutting edge of Islam. Deborah Perkin is the first person to film in a court in Morocco, a Muslim country determined to improve the rights of women and children under sharia law.

Bastards was released in UK cinemas to critical acclaim, picked up prizes at film festivals around the world, and a shorter version was broadcast in some of the world’s poorest countries through BBC World Storyville Global and The Why, a human rights initiative with Danish public television. 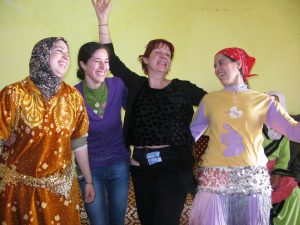 Dancing with Rabha El Haimer and her sisters either side, during 2011 shooting 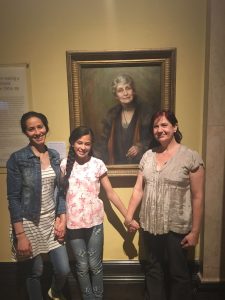 Rabha and Salma at the National Gallery London in 2016 with portrait of Mrs Pankhurst, leader of the suffragettes. Next time we’ll visit the new Parliament Square statue of the real hero, Mrs Fawcett. 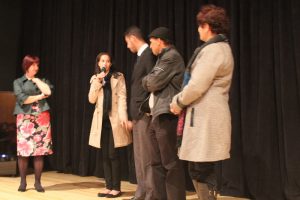 Rabha in 2013, speaking in public for the first time in her life, at Mohammed V University, Casablanca, at a private viewing hosted by the British Council in Morocco