Sex outside marriage may be illegal in Muslim countries but that doesn’t
stop it happening. Inevitably, without sex education, or easy access to
contraception or to legal abortion, unwanted illegitimate babies are born.
With 6500 babies abandoned every year, Morocco faces a crisis, but
instead of taking a punitive approach, it encourages single parents to be
reconciled and their children to be legitimised. Radical reforms in 2004
to its family law code, the Moudawana, put Morocco at the forefront of
developing human rights for single mothers and their illegitimate children.
You can read an English translation of the Moudawana at
www.hrea.org/moudawana 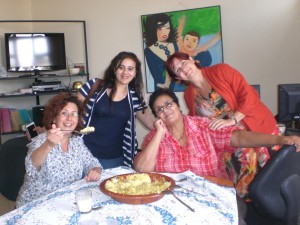 The pioneering Casablanca charity featured in the documentary can be contacted at solfem@hotmail.fr where Mme Hafida Elbaz is the Director. https://www.facebook.com/solfem   Founder and President Mme Aicha Chenna faced death threats when she began her work to keep single mothers and babies together, but is now a household name, honoured by the King of Morocco. She is also recognised around the world, being awarded the Opus Prize for faith-based humanitarian work in 2009, and in April 2013 she was granted France’s highest award, the Legion of Honour http://www.lavieeco.com/news/

The Moroccan Children’s Trust is a registered UK charity working alongside
a Moroccan NGO, FAPE, to help outcast children in the
south of Morocco, to get them registered and into school.
www.moroccanchildrenstrust.org

SUPPORT A MOROCCAN WOMEN’S REFUGE IN THE UK

Al-Hasaniya Moroccan Women’s Centre serves the needs of Moroccan and
Arabic-speaking women and their families in London and the UK.
www.al-hasaniya.org.uk